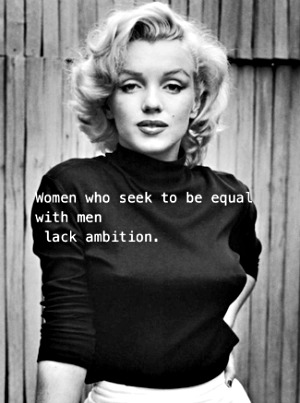 Having performed the role of both mom and dad for about three years, I suppose I consider myself somewhat of an authority on both men’s and women’s behavior.  In recent posts I’ve discussed men’s behavior (see All Men Are Jerks and Angry Men) so you might consider this post sort of a sequel to those (and to the ever-popular post about women’s behavior, What Women Do That Men Don’t Even Know About).

I’ve discovered that though my understanding and appreciation for the role of women in the home and family has grown as a single male parent, I really don’t  have the will or the capacity to be the woman of the house! In other words, I’m incompetent at being a mom. Yes, I’m an inept woman, I just don’t have the ability!

Some of this incapacity is due to the fact that women are far more complex and sophisticated creatures than are men. Men just don’t have the skills and perception that women have!

So, some of my incompetency at being the woman of the house is due to the fact that men and women are just designed differently. They are each designed to fulfill unique roles in the natural order of things and, as a result, they think differently, they see things from quite different perspectives.

That being said, I’ve had occasion to give some consideration to these differences and they are far more extensive than I could relate to you in a single blog post. So, let me mention a few of the differences between women and men that I have observed while trying to be the woman of the house.

The last time I got my hair cut I asked for it to be cut a little shorter than usual and afterward several people (mostly women) commented on my “new, shorter” hairstyle. I really didn’t want anyone to notice that I got a haircut and I certainly didn’t want anyone to think it was a new style! I just wanted to keep looking about the same as usual with a little less upkeep! Now, I’m wishing my hair would hurry up and grow out so I could keep looking the same way!

At the supermarket men checkers fill each grocery sack as full as they can while women checkers place only a few items in each bag.

Men checkers pile everything into a bag until it is full and then start on the next bag. Women checkers place items into several bags simultaneously according to some classification scheme that I don’t really understand. But, women shoppers like just a few grocery items in each bag even if it means having many partially-filled bags.

There is a reason, a very good reason, that men want fewer bags. It’s because men want to make as few trips as possible between the car and the house carrying in those grocery bags! Women don’t care how many trips it takes so long as they received all the grocery items they paid for and they were charged the right price for each item. Consequently, having fewer items in each bag permits women to cross reference the contents of the bags with the receipt from the grocery store to ascertain that they did, in fact, receive everything they paid for and were charged the right price.

I told you I’ve been giving these differences a lot of consideration!! And, I also spend a lot of time waiting in line at the grocery store (and carrying groceries in the house).

Here’s some more of my observations:

Women shop, men go to the store to purchase something.

A man is usually on a mission when he goes shopping. He’s intending to purchase something. He knows what it is he needs to purchase before he goes, and when he finds it, he purchases it, whether it’s on sale or not, and then gets out of the store as quickly as possible. Men don’t shop just for fun unless it’s the hardware store or Home Depot. Nevertheless, they don’t go to those stores just to browse; they go because they plan to make a specific purchase.

But women shop! They may have something in mind that they need to purchase, but if it’s not just the right color, brand, size, or price, or if it’s not on sale, then they don’t purchase it. Women just keep shopping until they find something that is the perfect color, brand, size, price or bargain, then they purchase that item even if they hadn’t planned to purchase it.  And if they don’t happen to find the perfect item on sale, then they might not purchase anything, but women are perfectly happy and completely satisfied with having had the experience of “going shopping.”

Hey, I’m not planning on taking the scenic route to your house, just tell me where to turn!

The guy version: “After you exit, turn south, go a quarter mile and then turn west on 31st Street. It’s the fourth house on the right.”

Women remember everything. Men remember nothing. This distinction may be due to a defect in the short-term memory of males that causes a loss of attention to spoken words that are not accompanied by a swinging, kicking, throwing, or running motion.

Specifically, a woman remembers every word spoken or behavior undertaken by a man that is uttered or done in haste, anger or blatant stupidity or otherwise without regard to the woman’s feelings. A man ignores or forgets the ugly things a woman may say or do to him, quite possibly because he wasn’t paying enough attention to know he was being insulted or criticized!

Consequently, men are less likely to carry a grudge than women. Yet, women may well be justified in carrying a chip on their shoulders because of all the stupid things men say and do! Fortunately, women mostly tolerate the fundamental shortcomings of the male of the species, waiting until just the right moment to remind them or take revenge on them for their idiotic speech of behavior!

I think we all recognize that this world is managed by women who are letting men pretend to be in charge. Men by nature are protectors, defenders, controllers. And that’s what they do well, react to danger and protect and defend. They want control of a threatening or hostile situation.

But women anticipate a threatening or hostile situation before it occurs, calculate what should be done, and then manipulate men into doing what they think should be done. In other words, they are able to control the ones who think they are in control! I think we call this “shrewd.”

So here’s my point. Women and men are definitely different. The genders are not equal. But, they need the other to be complete and to be a complete family.

And any inequality that may exist between the genders more than likely favors women. Women are clearly the superior creatures!

But, men wanting to be equal to women? It will never happen. It’s too hard of a job and men are too lazy and not inclined to aspire to it!