When you think of being satisfied, you probably envision something like the feeling after eating a good meal, a fun or relaxing activity, listening to music you enjoy, the sound of ocean waves crashing on the beach or maybe even a accomplishing a goal.

You probably don’t associate a feeling of satisfaction with popping bubble-wrap bubbles, cutting paper with scissors, the sensation of magnetic attraction (or resistance),  or the clicking sound made by pressing the keys on a computer keyboard or clicking a mouse.

But the kids do! The sensations produced by these simple experiences and many others seem to fire off dopamine-releasing neurons in their kinesthetic brains.  So, they call it “satisfying.”

END_OF_DOCUMENT_TOKEN_TO_BE_REPLACED

Parents love to give gifts to their kids at Christmas. Each Christmas season we spend a lot of time and money selecting gifts that will make our children happy. While there is a  lot of joy in all this parental gift-giving, there is an element of it that makes me quite frustrated.

While the pre-Christmas gift-buying can be stressful, it’s what happens after all the Christmas presents are opened that can be the most agitating to me.

You might recall in Charles Dickens’ classic Christmas story,  A Christmas Carol, The Ghost of Christmas Present appears to Ebeneezer Scrooge and shows him how other people, particularly Scrooge’s nephew and Scrooge’s exploited clerk Bob Cratchit, celebrate Christmas.  During its appearance the spirit noticeably ages and reveals to Scrooge that he will only exist on Earth for a very brief time, which is implied to be that single Christmas holiday.

Dicken’s Ghost of Christmas Present provides a befitting commentary of the exasperating problem I confront each Christmas season–Christmas presents that get broken often before Christmas Day is over!

Yes, the remains of these broken toys laying by the Christmas tree in pieces or in silence are the ghosts of Christmas presents.

END_OF_DOCUMENT_TOKEN_TO_BE_REPLACED 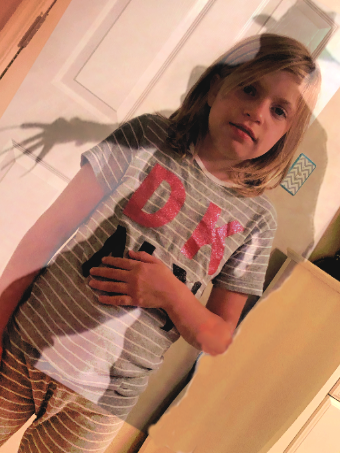 I was sound asleep in bed one night recently when my somnolent self suddenly sensed something standing by my bed.

My eyes jolted open and standing there right in front of my face was a dark figure–admittedly, a small dark figure or was it a small figure in the dark.

Nevertheless, it scared me awake so much so that I shot up in bed and let out a muffled yelp, “WHO’S THERE???”

Then, I heard Kenzie whisper, “Dad, I just threw up!”

My frightened yell suddenly turned into an agitated grumble. “Why did you sneak up on me like that?” I demanded.

“I didn’t want to scare you,” she explained.

END_OF_DOCUMENT_TOKEN_TO_BE_REPLACED

The other day Kenzie came home from day camp telling me that Kaleb said a cuss word at camp. When I asked Kaleb about it, he claimed that he was actually saying another word that resembled the cuss word. (I’ll spare you the details of his far-fetched explanation though it was so ludicrous that I burst into laughter.)

Obviously, my incredulous laughter spoiled any opportunity for turning this into a teachable moment. Instead, I settled for inquiring as to where where he had heard such language.

He claimed that he heard it on a video he saw on TV.

Although we monitor  closely what electronic games the kids play and what they watch on TV, I’m sure there’s things that get past our monitoring. But its more like an act of desperation to try to filter their media because it seems as though there is more bad stuff being broadcast or published than there is good stuff (or at least not so bad stuff).

We live in a media-infused world. And, the speech on media, particularly social media, movies, popular music and TV has grown exceedingly vulgar and coarse in recent years.

And, although I have a few choice words to say myself about all the trash talkin’ that kids (and adults) are exposed to through the media, my rant will be sans profanity.

END_OF_DOCUMENT_TOKEN_TO_BE_REPLACED

re we responsible in our current dream for our actions in a previous dream?

I just want to know because I almost got fired in my dream one night because of a mistake I made in a previous dream. Fortunately, I woke up before I had to face the wrath of my boss.

It’s not that my behavior in my previous dream was so egregious. It was more a matter of forgetfulness bordering on irresponsibility. But I was just trying to help someone.

I just didn’t follow through…but for a very good reason.

END_OF_DOCUMENT_TOKEN_TO_BE_REPLACED 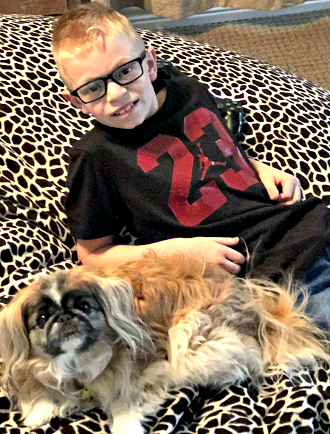 I have mentioned in previous posts that when I married Tami I also adopted her little Pekingese dog, Chloe.

Chloe and I took awhile to get used to each other. I’m still adjusting, she’s still just being Chloe. I think the kids were particularly hard for Chloe to handle.

She’s not exactly a kids’ dog. She’s set in her ways and she’s particular, very particular. And, she has the personality of a cat.

But, what you really have to understand about Chloe is that she has a single purpose in life. She is the protector of her domain. If you attempt to trespass on her domain, then she’s going to bark incessantly and expect those whom she’s protecting to stand back while she goes on the attack.

She will attack and give no deference to the the size or scope  of the perceived threat, whether beasts or beings, friends or foes. She has absolutely no fear. Nor does she stop to consider the risks.

END_OF_DOCUMENT_TOKEN_TO_BE_REPLACED 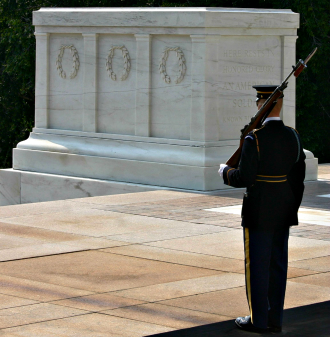 On our way home from church one day the following discussion ensued:

Kaleb: Who’s buried in the Tomb of the Unknown Soldier?

Me: A soldier  whose identity they don’t know. He represents all the  American soldiers killed in wars whose remains weren’t identified.