What will your children remember about you when you’re gone?

While most parents may not spend much time thinking about that, I actually think about that a lot!

I probably think about that too much! Maybe I even obsess about it. Because sometimes it seems that I am growing older faster than they are growing up!

In my previous post, Lucky and Blessed, I expressed the blessing of raising children the second time around. This post is a follow-up and, perhaps, illustrates the dark side of being an older parent.

Most parents are young adults when they have children. They expect to live long enough to watch their children grow up, graduate, start a career, get married, and have families of their own. And, they certainly don’t recognize their mortality as much as an older adult does.

But, my second-time-around parenthood is being performed nearer the end of my life than the beginning or middle. You might say, I’m parenting from the end!

END_OF_DOCUMENT_TOKEN_TO_BE_REPLACED

You’ve heard the saying, “A picture is worth a thousand words!” This picture, though not very high quality, is one of my favorite baby pictures of Kaleb because it’s one of those pictures that tells a story without words.

In fact, the picture makes its own point better than I can ever explain in words. Undoubtedly, I should just keep my “thousand words” to myself, and let the picture tell its own story.

Since ‘”words” are what I do, I’m going to offer an explanation, but in much less than a thousand words…

This picture is one of those pictures that just happened in the moment. It wasn’t planned. Twenty-one-month old Kaleb liked to imitate his Poppy. Five-year-old Kaleb still does.

But, this particular picture is burned into my brain, etched on my memory. And every time I hear or see the children doing something bad that looks or sounds a lot like me, it flashes to the forefront of my mind and sears my conscience.

Since I’m the only adult role model in the home, I guess I have to accept responsibility, though grudgingly, for much of their bad behavior, especially if it looks or sounds a lot like me. But, do I really act like that awful behavior they are doing or say those ugly words they are saying? Surely not!

END_OF_DOCUMENT_TOKEN_TO_BE_REPLACED

When I started this blog I promised that I would not resort to bathroom or potty humor. But bathroom training is certainly an important part of parenting young children and some stories just need to be told!

Bathroom training is particularly challenging for a single parent with multiple children and/or children of the opposite sex for several reasons:

END_OF_DOCUMENT_TOKEN_TO_BE_REPLACED 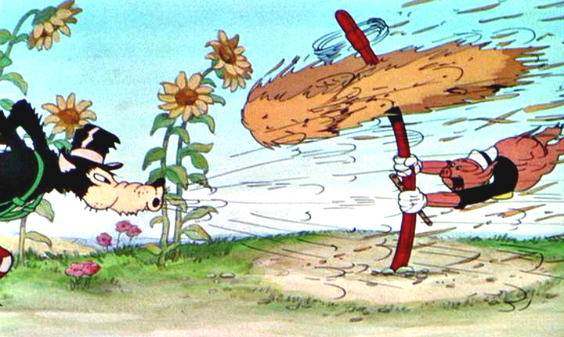 I love to read non-fiction books, particularly history and biography. And, I like to go to the movies. And I like to watch news, sports, and movies on television. But much of my current literary interests can be found in children’s books, videos, and television programs.

Trying to keep up with the toddlers, I can’t even tell you what’s going on in world events. I don’t know what the latest blockbuster movies or bestselling books are. And I don’t even know if my favorite sports teams are winning or losing.

I’m not saying this to complain. I’m saying this to explain that if there’s any personal development taking place in my life, it’s going to come from children’s books, animated videos, or kid’s television programs.

END_OF_DOCUMENT_TOKEN_TO_BE_REPLACED

I like to make preparations for the toddlers for the following day on the evening before.

Their clothes and their backpacks are prepared, packed and set out the night before.

Then, when we get up in the morning, we can eat breakfast, get dressed, and leave the house in an organized and timely manner so the toddlers can get to school and I can get to work on time.

Since everything is organized and prepared the night before, we should just go through our morning routine and leave for school and work without a hitch…

But no matter how will prepared I am, there must be thirty or more things I forgot to do or need to do as we rush out of the house and get in the car to leave for school and work.

END_OF_DOCUMENT_TOKEN_TO_BE_REPLACED 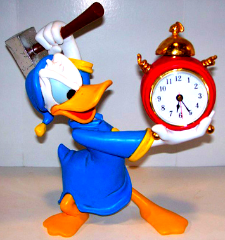 Because if he did, he would know not to trifle with children’s bedtime routine.

Just when it seems you’ve got the children going to bed at a regular time and you’re even starting to get a full night’s sleep, then they say daylight savings time is starting…or stopping…again!

And it wrecks the whole bedtime routine!

END_OF_DOCUMENT_TOKEN_TO_BE_REPLACED

No! It’s not what you think!

I am often in the company of young moms: at daycare, at school, at school events, at the park, at McDonald’s, at the grocery store, at the children’s store, at karate gymnastics, and dance lessons, and at church.

I am afforded many opportunities each day to observe how young moms nurture their children.

So, I watch and try to learn.

END_OF_DOCUMENT_TOKEN_TO_BE_REPLACED

A few weeks ago I told you about an episode around our house in which I allowed the toddlers to play independently for a little while without continuously checking on them (see this post).

It led to a disastrous mess with Mentholatum spread all over the floor and walls of their bedrooms.

Well, another incident has occurred resulting from independent play. And, again it involves, you guessed it, Mentholatum!

As I said in the previous post, when left to their own devices, even a brief exercise in independence by the toddlers will often result in a household disaster.

So, I have to ask, what’s the deal with that Mentholatum? END_OF_DOCUMENT_TOKEN_TO_BE_REPLACED

I was going to wait a year or two until both toddlers were fully school-age before I continued my list of things I should know about raising kids that I apparently didn’t learn the first time (see this post for my list).

Although my first list included ten items, it wasn’t meant to be an exhaustive list. I know now that it is just the first ten things I don’t know about raising kids that I evidently never learned the first time.

Apparently, there are several more because these unlearned lessons just keep popping up all over the place.

But, I didn’t think I would continue the list less than two weeks after I wrote the first ten things on the list. I mean, how many things can there be that I should know but apparently never learned? Will the list ever come to an end?

As it turns out, there’s a few more additions to my list of things I should know about parenting but never learned that I need to include before the children grow out of toddlerhood!

END_OF_DOCUMENT_TOKEN_TO_BE_REPLACED

Maybe Poppy needs to be in time-out!

I’m finding out as a grandparent that there’s a lot of things about raising kids that you would think I should know by now.

But evidently I never learned them as a parent.

I can’t really explain why.

I suppose I just wasn’t paying attention the first time around when I should have learned them.

I don’t know if that means I’m a bad parent or a moron!

So, where was I and what was I doing that prevented me from learning these basic principles of parenting?

Or more likely, my wife handled it!

Anyway, here is my list of ten things I should know about raising kids, toddlers in particular, that I apparently never learned: