It just means I’m going to stop doing what I’ve done for much of my career and do something else. It means I’ve reached certain goals in my current profession and it’s time to try a new profession.

Besides, I’ve got health insurance premiums to pay for two young kids and college tuition somewhere down the line, so I won’t be taking up golf or fly fishing anytime soon!

I suppose I’m at one of those junctures in your life and your career when you stop and take stock of what you’ve accomplished and learned along the way to determine what might be your legacy. 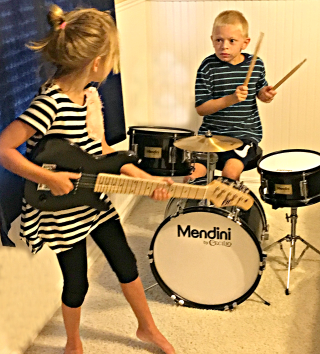 What have I done and what do I know that I can bequest to the next generation? Looking back on my life and career, how do I want to counsel my kids?

I wish I could say I’ve always made strategic decisions according to my life plan. However, life has sometimes thrown me some curves that caused me to make certain decisions and sometimes I just stumbled into (or out of) opportunities.

I certainly don’t claim great skill or high intelligence as the basis for any of my accomplishments.

But, what quality I do have in lieu of the requisite skill and intelligence needed for success is persistence!  You might also call it perseverance, tenacity or endurance. I even like to pretend it’s something more deliberate such as resolution, purpose or determination.

In fact, it’s more likely that my persistence is really just the naivete (French for “ignorance”) of not knowing when to give up or quit.

Recently, while watching the kids playing their drums and electric guitar, I was thinking about what legacy I would leave for them and a song by the rock band, AC/DC came to mind. I think AC/DC best  described what I mean by persistence in the lyrics to their song by the same name: “It’s a long way to the top if you want to rock ‘n roll!”

The song chronicles the hardships endured by a rock band on tour, such as being robbed, assaulted, stoned and cheated, recognizing these things happen along the path to stardom.

If you think it’s easy doin’ one night stands
Try playin’ in a rock roll band
If you wanna be a star of stage and screen
Look out, it’s rough and mean

For me, persistence is the main ingredient for achieving skill and excellence in any aspect of your life–career, marriage, parenting, sports, even rock ‘n’ roll.

Because it’s a long way to the top if you want to rock ‘n’ roll!