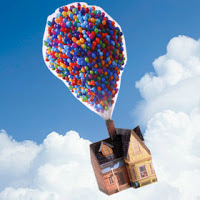 Zach Sobiech, an 18-year-old teenager from Stillwater, Minnesota died on May 20, 2013 from a rare form of bone cancer.

Zach was diagnosed with cancer at age 14. In May of 2012, Zach was told there were no more effective treatment options to offer him a cure. Upon his diagnosis of terminal cancer, Zach turned to writing and performing the songs that he wrote. Probably, the most well-known is Clouds, a ballad in which Zach says goodbye to his family and friends.

Zach Sobiech died at home and his life ended just as he lived, embraced by the love of his family, friends, and music. 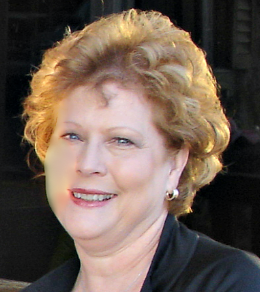 On June 1, 2013, my wife’s sister, Donna, died from complications caused by pancreatic cancer.

After most of a year spent in surgery, chemotherapy, and radiation treatment, Donna was informed that there was no evidence of cancer. Then, a few months later, indications that the cancer was still there and worsening began to show up in test results.

Since there were no effective treatment options that offered a cure, Donna chose not to reduce the quality of her life even more by suffering through the devastating physical and mental effects of chemotherapy treatment.

Donna died at home and her life ended just as she lived, embraced by the love of her family and friends.

Donna is survived by a loving husband of almost forty years, three wonderful children and their spouses, and nine precious and beautiful grandchildren.

Today, I want to take a time-out from the laughter and drama of our new adventure to pay tribute to Donna and her family and add a few reflections and observations about her passing.

First, if death and dying can be done with dignity and grace, Donna and her family have proven it can be done. Donna and her family, her husband, children, and grandchildren, have certainly garnered faith, hope, and love from this tragic event in their lives. And, in so doing, they have shown us how we should live by the way in which Donna died.

Second, they have inspired me to try to be a better “survivor” and a better (grand)parent for Kaleb and Kenzie and my other grandchildren, Abby, Joe, Lauren, and Laney.

Third, I have been reminded that my loss and my grief wasn’t just my own. My children lost their Mother and my grandchildren lost their Nanna. And they won’t ever have another Mother or Nanna. Unfortunately, I was too busy suffering from my own grief to give much attention to their suffering. I hope I can start being a more supportive parent for my adult children.

Fourth, as I watched Donna’s young grandchildren cry and wail over the loss of their Nanny, it affected me deeply. She certainly impacted their lives and now that relationship is gone, lost. Sure, I’m a doting grandparent like many of you. And, I feel an overwhelming sadness when grandchildren have to grow up without the benefit of a lasting relationship with an attentive grandparent, whether it’s mine, Donna’s, or any grandchildren for that matter. So, I want to make time for all my grandchildren and savor every moment I have with them. And I want them to know me well enough that maybe I can impact their little lives like Donna did hers.

And, finally, when the tragedy of death brings an unexpected end to life, then from the perspective of eternity it’s just the end of the beginning. For Donna, eternal life is now beginning. And Donna’s family has demonstrated this hope to us all and they have done it well. The Bible says in 2 Peter 3:8: “But you must not forget this one thing, dear friends: A day is like a thousand years to the Lord, and a thousand years is like a day.” During her illness Donna’s family used this verse as an encouragement for her. They figured that if a thousand years is like a day to the Lord, then a person’s lifetime must be just a few minutes. So they told Donna not to worry about them. “We’ll see you in a minute!” they told her.

So, it was most fitting, maybe providential, and certainly quite moving and inspiring, that Donna’s children picked Zach Sobiech’s Clouds song to play at the end of the video of Donna’s life, which was shown at her funeral (see the complete video). Some of the lyrics to the song go like this:

We could go up, up, up
And take that little ride
And sit there holding hands
And everything would be just right
And someday I’ll see you again
We’ll float up in the clouds and we’ll never see the end
And we’ll go up, up, up
But I’ll fly a little higher
We’ll go up in the clouds because the view is a little nicer
Up here my dear
It won’t be long now, it won’t be very long now.
Sister-in-law, you’ve gone up, up, up…
Now, you’re flying a little higher…
Now, you have a nicer view…
Now, you’re holding hands with your sister.

And now, everything is just right because
you’re floating in the clouds and you’ll never see the end!
Just be sure and tell your sister for us,
“We’ll see you in a minute!”

(I found this moving adaptation of the Clouds song on YouTube and would like to dedicate it to my brother-in-law, Danny,  and Donna’s kids, Braxton, Jill and Megan.)

Enrich your Bible study by reading my devotions at http://StevesBibleMeditations.com. Read about my parenting adventures raising two young grandchildren at http://PoppysNewAdventure.com. View all posts by Steve