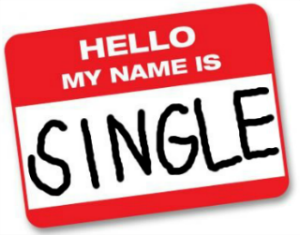 On this blog I generally talk about the foibles of parenting  committed by me. But, from time to time I address the plight of single parenting, having become a single parent myself.

In this post and this post I attempted to amusingly point out my new perspective on single parenting after being married for almost thirty years.

Yes, you have a whole different perspective on single parenting when you are one than when you know one (or several), when you’ve actually lived it instead of just observed it.

Married people tend to have sympathy for single parents because they know how tough a task parenting can be, even with a mom and dad in the home. But they can’t really understand some of the inner turmoil you face as a single parent.

Single parents worry about both of those things as very related issues. If something happens to me, then what would happen to the kids?

For a married person the answer is obvious. If something happened to one parent then the children would have the other parent.

Not so simple with single parents.

A single parent can’t do that.

A single parent has to explain things from the point of view of the opposite sex and I can assure you, guys don’t know how girls feel or how their female bodies work, and I’m sure the same is true to some extent for moms and boys (IMHO, moms know and understand sons a lot better than dads understand daughters).

And, something that is always gnawing at you if you’re a single parent is, what pieces of the puzzle are missing or out of place in your child’s life as a result of the missing parent? What other emotional, psychological, mental, or spiritual resources could have been poured into your child’s development had there been both a mom and dad in the home?

And, what emotional or psychological impact will it have on the children growing up without the love and care of the missing dad or the missing mom? And what can you do better to try to make up for some of this loss?

Well, that was a long introduction to the subject I want to address in this post: single parenting and romantic relationships.

Now, I’m not making any big announcements in this post, so don’t try to read ahead! In fact, I have to admit, I don’t even have any prospects!

With my routine with the toddlers, when and where would I even meet women to date? The daycare, the grocery store, the children’s department of the clothing store (see this post)?

I’m beginning to understand why single parents often don’t marry or re-marry. There’s a lot of difficulties and complications to starting romantic relationships or marriages after there’s children in the picture. And, for those former single parents that have married again, I have no doubt that you married someone very special.

If you’re a single parent, you have to pass any possible contender for your heart through the “will they love my kids” filter.  But with married parents, you have to love the kids because they are your own offspring by birth or adoption.

As a single parent, if you make a bad decision about having a relationship with someone, you not only have to deal with your own heartbreak and heartache, you have also caused your kids to experience another detachment from a human being they loved.

Now, I suppose my friends, my colleagues, and my grown kids wonder if I’m ever going to marry again. My kids have even told me that it would be okay with them if I do. I suppose that takes some of the pressure off should I decide to “look around.”

But, the approval and support I undoubtedly would receive from my family and friends doesn’t address the real issue facing a single parent, the so-called elephant in the room… 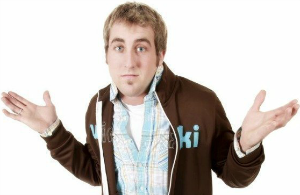 If I decided to look around, is there anybody that would even have me–and the kids?

I can just hear myself asking, “Hi, I’m Steve. I’m a single grandparent with two toddlers. You wanna go out? You can push the cart and help me watch the toddlers while I shop for groceries.”

Doesn’t that sound like a fun date? A romantic stroll through Walmart with me and the toddlers!

So, getting married again for me would require love at first sight and a whirlwind romance, because with toddlers around, I wouldn’t really have much opportunity for courting or wooing! (Does anybody use those words any more?)

So, my main problem (and I think of many single parents) is that I am barely making it as a parent! And then to try to cultivate and maintain a loving relationship with another person isn’t even in the realm of possibility of things I could take on right now.

Now don’t get me wrong. I definitely think marriage is the best way to raise children.

But, we know that life doesn’t always work the way we planned and so we have to make accommodations, changes, even transformations in our personal lives.

Because, no matter what the family situation is, what I think we all want is what’s best for the kids. My kids. Your kids.

We want to make a better life and a better world for the children.

And, if that’s the plan, then I guess for now I will stay stuck on single. 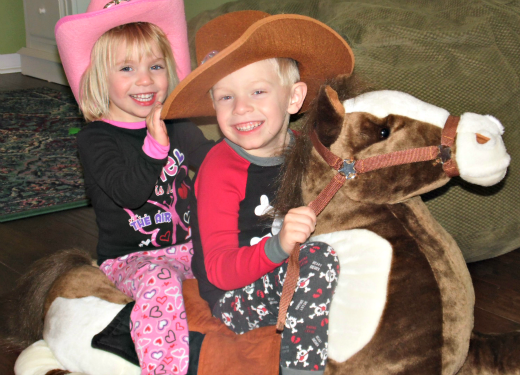 POPPY, YOU CAN ALWAYS GO FOR A RIDE WITH US!