It seems that almost everywhere I go with the toddlers people are offering to help me. I have to wonder, though, are the offers because I appear to be an unlikely, incompetent, or incapable parent?

And it’s not that I don’t appreciate the offers of help. I do!

It just makes me wonder who it is that people are feeling sorry for, me or the toddlers!

Here’s an example. The other evening we were at McDonald’s and the toddler’s were playing in the play area. This is a fairly regular routine, something we do most Friday nights.

While the toddlers were playing and at the prodding of some other kids, mine attempted to crawl up on the top part of the tubular slide. I told them to come down and warned them not to do it again.

Later, Kenzie again attempted to crawl on top of the tubular slide in the same way as I had earlier warned her not to do. As she was crawling up (and before I could tell her to get down), she slipped and bumped her mouth in some way that caused it to bleed.

She cried and dramatically claimed to have extensive bleeding. “I need to go to the doctor!” she demanded (as she always does when she gets an ouchy). 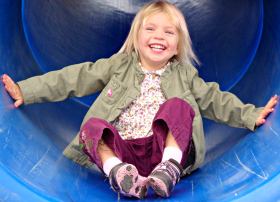 I checked her out and her lip was bleeding from bite marks. Apparently, she bumped her chin and bit her lip. There was no damage to the teeth or gums.

So I got a napkin, wet it with water and let her hold it against her lip.

While I was sitting there comforting her, I had a great-grandma, a grandma, and a mom come over and ask if I needed some help (and check on her).

And that was in addition to several looks of concern and dismay cast in my direction from other parents who were in the play area with their children!

Now, this is not unusual behavior for people when the toddlers and me come around. People hold doors open for us, traffic is halted, and we receive various offers of assistance to help walk across the street or enter a building. 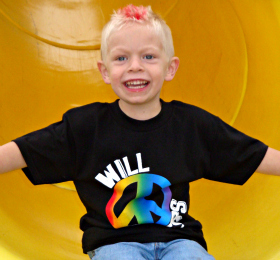 Everywhere we go people ask me, “May I help you?”

Again, I appreciate your concern. I’m thankful for the offers of assistance. But what concerns me is do I look like I need help that badly?

I realize it is probably a little unusual to see a grandfather accompanied by two toddlers out in public. But I really thought I was managing pretty well, that I had them under control, that they were fairly well-behaved, and that I looked like I knew what I was doing!

In other words, I thought I looked much like an ordinary parent with two toddlers!

And then you say, “May I help you?” and all my aspirations of being an ordinary parent crash and burn!

Let me ask you again, is it because I look so unlikely, incompetent, or incapable as a parent? Or maybe it’s all of those?

No, don’t answer that. Don’t tell me. I don’t think I really want to know!

But while I’m wondering what it is about the toddlers and me that makes you want to offer to help out, please don’t quit asking…

I’m not offended (even if you may think I’m an unlikely, incompetent, or incapable parent). It’s so kind of you to offer!

And, I guess I’m getting so I really like the attention!