Each weekday I drop off the toddlers at daycare on my way to work.

The normal procedure is that Kaleb and I first take Kenzie to her classroom, then I take Kaleb to his classroom.

Each drop off is usually accompanied by a certain amount of pleading for me to come back and give them another kiss or another “I love you” and from time to time grabbing on to one of my legs and begging me not to leave or not to leave them.

Admittedly, there is a certain amount of drama being played out in this routine. And, admittedly, I like it because I like them to need me, even if expressed somewhat disingenuously!

Kenzie’s drop off usually produces the most drama since she is only three. But maybe being a little girl has something to do with it as well. What do you think?

The teachers tell me that the moment I leave the crying, the wailing, the tears suddenly stop. As soon as I’m out of sight they are fine, playing with toys and the other toddlers in the class.

So I suppose the drama is for my benefit. I guess to make me feel guilty for dropping them off at daycare.

It seems to work… 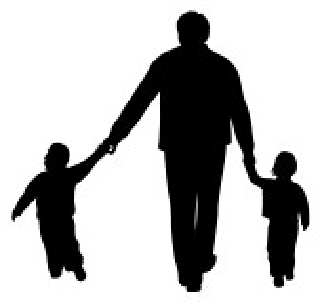 One day recently when I dropped them off, their classes were still in the cafeteria because breakfast time was just finishing up. The toddlers were gathered in small clusters talking animatedly with one another, like toddlers do.

(Have you ever wondered what a group of toddlers could be talking about among themselves? Are they plotting to takeover the playground? Are they planning a boycott of white milk so only chocolate milk is served? I shudder to think what conspiracies those little toddler minds could devise!)

Both Kaleb and Kenzie ran over to their respective little groups and began talking with their toddler colleagues.

I stood there for a moment waiting for one or the other to run back to me and plead for me to kiss them one more time. Or to grab my leg and try to prevent me from leaving or leaving them.

But neither of them seemed to notice that I was leaving.

They just continued talking with their little toddler friends.

Is anybody going to try to stop me?

Is anybody going to throw kisses?

Is anybody going to wave goodbye?

Is anybody noticing that I’m leaving?

Anybody? Kaleb? Kenzie? ANYBODY?

They just continued talking with the other toddlers…

So I slowly walked away, this day making a quiet (and lonely) exit from the toddler world and into the world of adults.

I suppose we’ve reached a crossroads, of sorts, in our new adventure. I wonder where the road to independence will lead us?